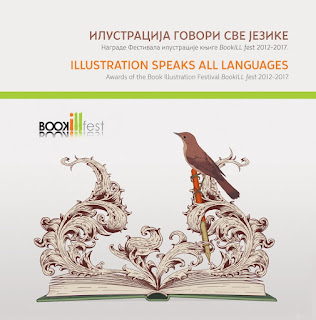 *
Edited by
M. A. Senka Vlahović

On the occasion of the exhibition
"Awards of the Book Illustration Festival BookILL fest 2012–2017"
Banat Cultural Center Gallery, April 2017
within the project Cities in focus
with support of the Ministry of Culture and Information of the Republic of Serbia and the Municipality of Novi Bečej

At the beginning of the third millennium, illustration is experiencing a unique boom made possible by different factors borne by the time in which we are living: virtual surroundings which provided every segment of human action, and therefore illustration as well, with entirely new possibilities for placement and communication with target groups; circumstances in art itself, in which the boundaries between fine and popular art are being erased, with artwork already being treated as text and as part of the communication process for a long time (and with illustration, as a relationship between images and words that was elaborated for centuries, by using a powerful communication code – the visual code, representing visual text surrounded by various contexts); followed by an increase in the number of editions of every type of publication, especially on-line publication; an increase in the market supply of all types of merchandise, with illustration also finding its place on everyday household items, packaging and the like, on the apex of the ideology of the consumer society; the media expansion within which illustration is unquestionably present; the world of marketing, PR, branding, brand creation, unimaginable without illustration, fights its harsh battle on the market of various human activity.

... illustration is, today, defined in a far wider manner when it comes to certain artists and theorists – illustration is every visual message surrounding us, every image is an illustration, even an animated image within the audio-visual form, it can be completely independent from words, it can contain a message inside its very self and it is equal to other art forms. This position did not belong to illustration at an earlier time, for example in the middle of the last century.

In the context of everything that was said above appears the phenomenon of the Festival of Book Illustration BookILL fest, founded in the economically, but not spiritually, modest, European state of Serbia, that reached, for a very short time, serious proportions in every sense: in territorial distribution, the number of authors from a large number of countries, the quality of illustrations...

The Festival of Book Illustration BookILL fest has, statistically speaking, achieved the following numbers during its six years of existence. In the first year, 2012, the competition has received around 400 illustrations by 61 authors, and around 150 works by 47 authors from Serbia and 10 other countries were selected for the exhibition. In 2017, during the last, sixth Festival, these numbers are as follows: around 2000 illustrations by 188 authors, with 180 works by around 150 authors from Serbia and as much as 27 countries selected for the exhibition! It is obvious from the above that the number of submitted works has increased 5 times, that the number of authors has increased 3 times and that the number of countries has increased nearly 3 times.

Quantity is certainly never more important than quality, but these figures still do reflect this phenomenon of illustration, its multiple polyvalent nature, its wealth and power to overcome barriers, especially in the era of internet communications and digital multimedia.

See the award-winning illustrations in this book and experience the unequivocal visual communication with authors from Serbia, England, Russia, Mexico, Portugal, France, Slovenia, Croatia, Romania, China, Spain... Feel the spirit of the books in which they were published, experience the emotions of their characters, the drama of the subjects of poetry and the innocence of children's dreams, and you will realize that you too, through illustration, understand every language of the world!

excerpt from the introductory text Illustration sends a powerful communication code
M.A. Senka Vlahović, Director and Founder of the Festival 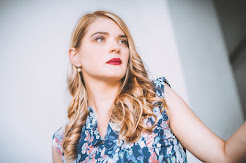